I miss Germany! I mean I miss Cologne! Just kidding folks.. I had the pleasure to visit one of the most liberal cities in Germany and that is Cologne (Köln in German). In fact, I was there twice already. This is the fourth largest city in Germany. Berlin, Germany's capital city is the largest one, followed by Hamburg, then Munich.

There are a lot to see and experience in Cologne. You must visit Cologne Cathedral when you are there. It is the most famous sight of the city. When you go out from Cologne's Haupbahnhof (main train station), you can immediately take a sight of Cologne Cathedral. It is just a few steps from there.

Cologne Cathedral is a renowned monument of German Catholicism and Gothic architecture. It is also included in the list of the UNESCO World Heritage Site. It is considered to be Germany's most visited landmark, attracting an average of 20,000 people a day. You can find inside The Shrine of the Three Kings. 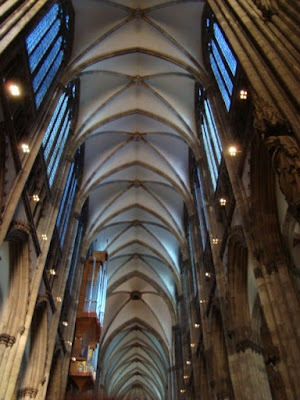 This is the interior of the Medieval east end, showing the extreme height. Such and amazing architecture. I took these images during my second visit last August 2010. 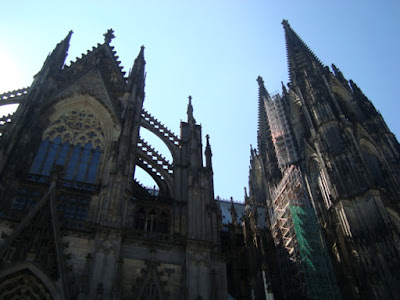