What a tiring day I had today. I myself has to be blamed because I stayed all night awake together with some friends. It was the first time I stayed overnight without sleeping at all but I can surely say, I had a great time spending some times with friends last night.

For now I am just sharing some images from Granada, a city in the region of Andalusia, Spain. It is a lovely city and its very famous for its Alhambra Palace. We stayed four overnights in one of the 4-stars hotel in this city. The name of the hotel was San Anton Granada. The thing I love in this place, the food that we ate during our stay there. I miss eating seafoods every night. Yes. because it was always served during our buffet dinner at the hotel. I can say that I had a wonderful time in Granada and even wish to visit it again in the future. 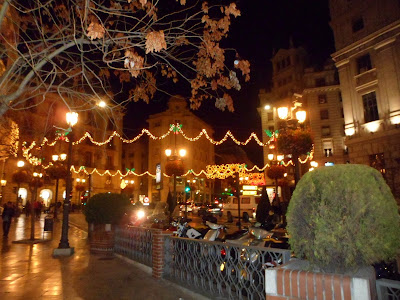 At Puerta Real in Granada, Spain one night when I had a stroll with a friend named Joy. It was a fun night we had here! truly memorable! 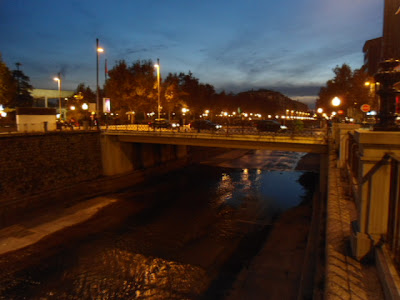 A river that flows Granada.
Granada is located at the foot of the Sierra Nevada mountains, at the confluence of three rivers, the Beiro, the Darro and the Genil.
Posted by Admin at 8:37:00 PM