Plane ticket is finally booked! I already did it last month. I will be flying with Iberia airlines again from Munich to Madrid next month. This time I will be staying longer in one of my favorite countries in Europe which is Spain and that will be for one and a half month. This will also be my longest stay outside of Germany considering Europe continent. The longest vacation I had outside of Europe was in Las Vegas, Nevada in the United States last 2008. It was a long two months vacation in the city which is also known as the "Entertainment Capital of the World". I had a great time there with my sister and relatives. Hopefully I will be backed there also in June or July this year...in God's will.

Back to Spain..I will be staying longer in Madrid, its capital city. I guess for over a month. There are still a lot of things to explore and discover in this city and during my stay next month and in April, I would love to explore it more. I also would love to make some side trips to the nearby towns and cities like in Segovia, Salamanca, Avila, Guadalajara and some other more. I am also planning to go to Barcelona and Lisbon in Portugal. I will see but these are only tentative and I have to plan all of these before the end of the month.

Thanks to a friend who also named Ruby who was my former college schoolmate. She currently lives in Madrid. Because of her I will have a chance again to stay in Madrid for a longer time. I miss meeting her and other acquaintances during my visit in Madrid last December 2011. Finally, I will see them again in 24 days. 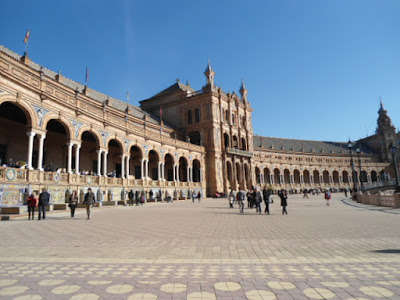 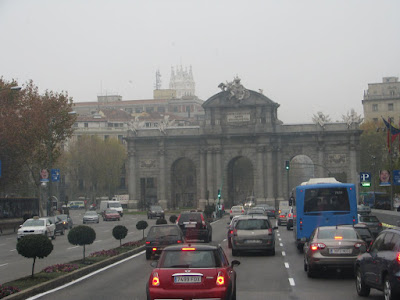 a snapshot of The Puerta de Alcalá ("Alcalá Gate") while we were riding a bus during a day sightseeing in Madrid. It is a Neo-classical monument in the Plaza de la Independencia ("Independence Square") in Madrid, Spain. I wish to take a better picture of it next month.
Posted by Admin at 10:07:00 PM