The Prince Palace of Monaco

The last weekend of January is almost here. I hope everyone are having a great month of January 2012. I am so thankful that everything turns out great again this month. I have a lot of things to be thankful of and I believed that this year will be another wonderful year for me and my family.

Before I sign-off tonight let me share this image I took from Monaco. It's been almost a year now since our visit in this fabulous estate of Monaco. This is the Prince's Palace. It was under construction during our visit because that time the marriage of the Prince of Monaco to Charlene will be taking place in a few months. Now it is over and I heard over the news on a German television that Charlene is pregnant. That is quite a good news for them.

The Prince's Palace is considered to be the official residence of the Prince of Monaco. We did not see the Royal Highness during our visit..lol! Goodnight folks. Time for me to sign-off. 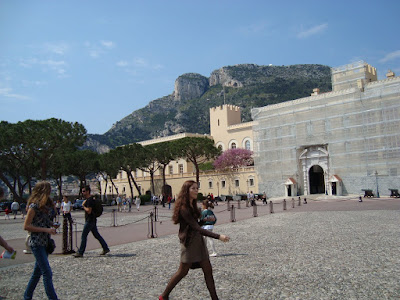