The Cathedral in Seville, Spain

The cathedral also serves as the burial site of Christopher Columbus. Don't miss to visit this cathedral and be amazed but its beautiful and incredible architecture both outside and inside. It was so far a very awesome trip we had in this Andalusian capital city. 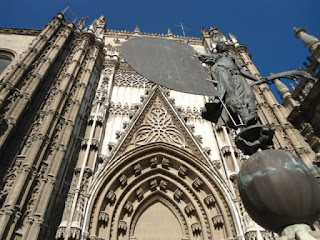 Facade of Seville Cathedral during our visit last December 7, 2011.
The cathedral was built to demonstrate Seville's wealth, as it had become a major trading center in the years after the Reconquista in 1248. 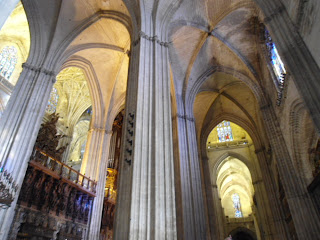 Interior of the Cathedral. It was a great experience seeing such marvelous architecture!
Posted by Admin at 11:48:00 PM

A beautiful cathedral! :) What a great adventurer you are!! =)

I wish you a Very Happy New Year my friend and all the best from me! :)