It seems that like yesterday when we visited Vienna. Last August 2011, I had the second chance to visit this capital city of Austria. We just had some hours stop-over while on our way to Budapest, Hungary. One of the sights we visited was the St. Stephen's Cathedral.

Its current Romanesque and Gothic form seen today, situated at the heart of Vienna, Austria in the Stephansplatz, was largely initiated by Rudolf IV and stands on the ruins of two earlier churches, the first being a parish church consecrated in 1147. 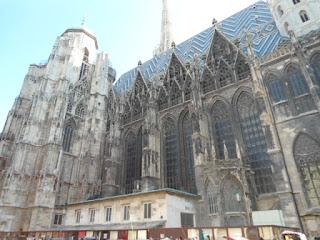 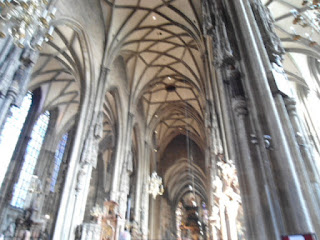 interior of the St. Stephen's Cathedral.
Posted by Admin at 5:04:00 PM