Time truly flies so fast. It's been a year now since I visited Wiesbaden. I went there together with some friends who spent a vacation in Europe. One of the places they visited was Germany. I met them in Frankfurt and stayed with them for five days.

One of the cities I introduced to them is Wiesbaden. a city in southwest Germany and the capital of the federal state of Hesse. Wiesbaden is one of the oldest spa towns in Europe. Its name literally means "meadow baths". At one time, Wiesbaden boasted 27 hot springs. 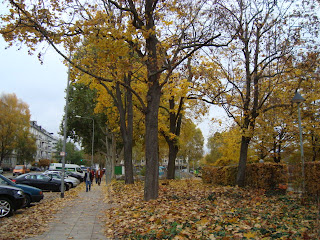 autumn 2010 with Ate Baby Sacdalan and Roselle. We walked from Bahnhof to the city center. 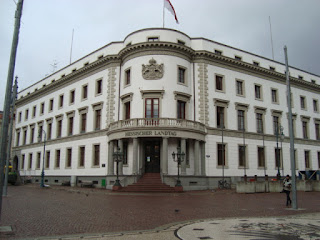 The Landtag of Hesse or the Parliament building of the State of Hessen in Germany.
Posted by Admin at 9:44:00 PM