It was a superb trip again we had last time. The weather was perfect. Even it was quite hot, we still enjoyed it. The visit to King Ludwig's palace, Linderhof was the highlight of our trip.

Linderhof Palace is a version of small Versailles, a palace near Paris, France. Versailles, the palace of the French Sun-King Louis XIV (who was an idol for Ludwig) was its inspiration. 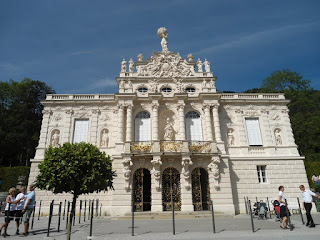 the little Versailles near Ettal, Bavaria, Germany. taken during our visit last Sept. 3, 2011. 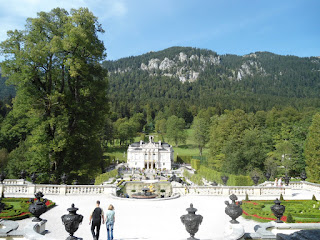 Linderhof Palace is located near Oberammergau in southwest Bavaria, Germany near Ettal Abbey. It is the smallest of the three palaces built by King Ludwig II of Bavaria and the only one which he lived to see completed.
Posted by Admin at 10:18:00 PM