Another Jura Volksfest is here again. The annual celebration of the famous fair in Neumarkt i.d. Oberpfalz (Upper Palatinate) is currently going on. This afternoon we witnessed the Festzug or parade which took place in the Altstadt or Old City. I read over the local newspaper that more than a hundred groups participated during the parade. It was again another success!

If you happen to live near the are, the festival will last until the 22th of August.
I believed the images I took today will explain more about the Festzug. Enjoy the festival! 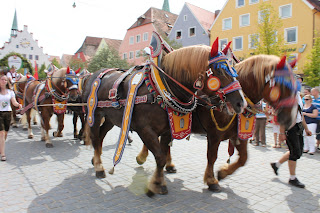 horse carriage with colorful decors on it. 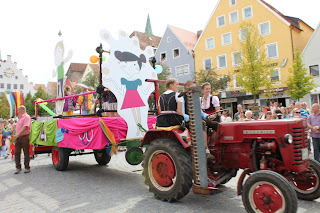 tractors and other farm machinery also participated during the Festzug. 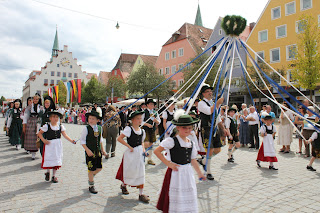 these girls are wearing the Bavarian costume called Dirndl.
Posted by Admin at 10:55:00 PM