This is one thing I love in Germany. There are always festivals round the year. From Christmas markets to Volksfest, Kirchweih, Spring festival, Oktoberfest, etcetera. The Gäubodenvolksfest in Straubing is one of the most interesting festivals I witnessed in Germany. It is the second largest genuine folk festival in Bavaria, Germany, after the Munich Oktoberfest.

There are more people especially Germans who are wearing Trachten, Dirndl for women and Lederhosen for men during Gäubodenvolksfest than the Oktoberfest in Muncih. These are the national costume in this region.

This year's festival runs from August 12 to 22. 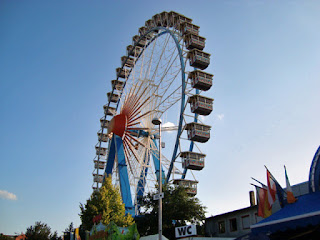 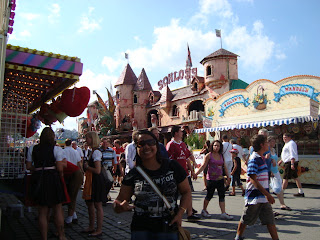 The Gäubodenvolksfest was founded by Maximilian I Joseph, King of Bavaria in the year 1812 as an agricultural festival to organize an annual meeting of the people in the Danube region.
Posted by Admin at 11:24:00 AM