The Tuileries Garden in Paris, France

I could still remember that walk we had around Place de la Concorde, a square in Paris. It was raining almost the whole day during our sightseeing. Imagine rainy days at the summit of summer season? My shoes were so wet as we went back to the hotel.

A garden called Tuileries Garden is just adjacent to Place de la Concorde and we happened to had a stroll there. It is called in French as Jardin des Tuileries which was created by Catherine de Medicis in 1564. It was opened to the public in 1667. 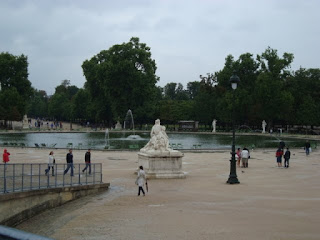 The large round basin at the Tuileries Garden seen from the west. I am happy to see this place last summer 2010.

This is the place where the Parisians celebrated, met, promenaded, and relaxed in the 19th and 20th century. 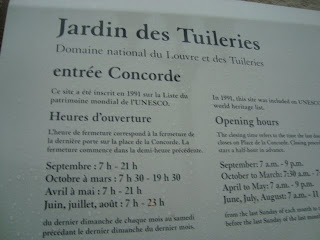 In the beginning of the 21st century, French landscape architects Pascal Cribier and Louis Benech have been working to restore some of the early features of the garden André Le Nôtre.
Posted by Admin at 10:32:00 PM