Madame Tussauds is a wax museum in London. It has branches in a number of major cities. It was founded by wax sculptor Marie Tussaud and was formerly known as "Madame Tussaud's", but the apostrophe is no longer used 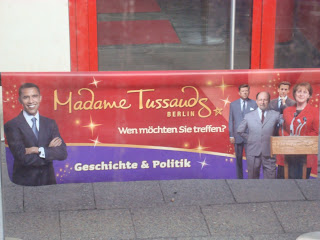 It is displaying waxworks of historical and royal figures, film stars, sports stars and famous murderers. I guess I am lucky to visit one of Madame Tussauds' museum and that was in London last 2008.
Posted by Admin at 10:38:00 AM