The Notre Dame Cathedral in Paris, France is a Catholic cathedral and has a Gothic architecture. It is called in French as Notre Dame de Paris which also means Our Lady of Paris. It is considered to be one of the finest Gothic architecture not only in Paris but also in the whole of Europe. The ground-breaking of this cathedral started in 1163 and was finished in 1345.

It is such an amazing work of human architecture especially that they still don't have all the modern equipment to build such building during those times. 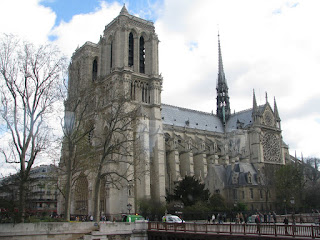