The Heidelberger Schloss or the Heidelberg Castle is the famous landmark of Heidelberg City. It is also a famous ruin in Germany. The earliest castle structure was built before AD 1214 and later expanded into 2 castles circa 1294; however, in 1537, a lightning-bolt destroyed the upper castle. The present structures had been expanded by 1650, before damage by later wars and fires. 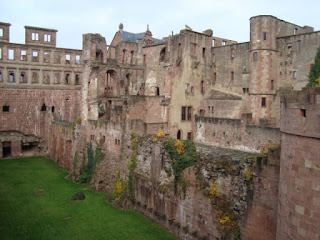