I just shared some images of Fasching parade in Velburg in Bavaria, Germany in my other travel site, Euro Travel and Adventure. It is high Fasching season now and I think of sharing these images during our visit to Velburg's Carnival parade. 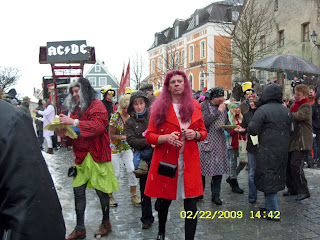 colorful costumes are worn by the participants of the Fasching. I love this celebration in Germany. I took these pictures last February 2009 Fasching in Vellburg. 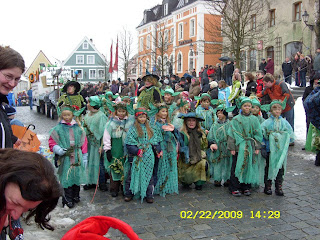 Kids and Children are also invited to join this Fashing event in Velburg. aren't they cute with their costumes? 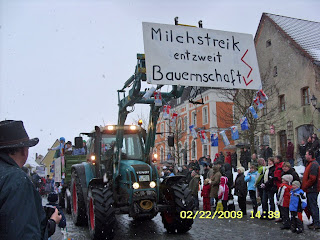 "Milchstreik entzweit Bauernschaft", these words are translated in English as, "Milk strike divides farming community". I remember that year when a lot of farmers were striking for higher prices of their milk products.

Although the festival and party season in Germany starts as early as the beginning of January, the actual carnival week starts on the Thursday ("Weiberfastnacht") before Ash Wednesday. German Carnival parades are held on the weekend before and especially on Rosenmontag (Rose Monday), the day before Shrove Tuesday, and sometimes also on Shrove Tuesday ("Faschingsdienstag") in the suburbs of larger carnival cities. The carnival session begins each year on 11 November at 11:11 a.m. and finishes on Ash Wednesday with the main festivities happening around Rosenmontag; this time is also called the "Fifth Season." Fasching in Germany
Posted by Admin at 2:35:00 PM