The Cathedral in Cologne, Germany

The Cologne Cathedral is a Roman Catholic church in Cologne, Germany. It is called in German as Kölner Dom and officially named as Hohe Domkirche St. Peter und Maria. It is one of the world largest churches and the largest Gothic church in Northern Europe. Its construction began in 1248 and was completed in 1880 after a lot of interruptions. The reliques of the Three Kings was buried inside this church.

I had visited this Cathedral twice and below is one of the images I took during my second visit last August 2010. 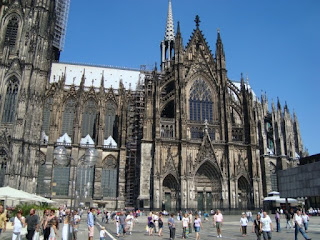