The Colosseum in Rome, Italy

It is called as Colosseo or Anfiteatro Flavio by Italians and in Latin, Amphitheatrum Flavium but I love it calling in English Colosseum. I had already seen one of its replica in Caesars Palace in Las Vegas, Nevada last 2008 and I am happy to announce that I had finally seen its original architecture last August 2010. It is the largest elliptical amphitheatre in the Roman Empire and is even noted as one of the greatest works of Roman architecture and engineering.

I guess, I will share more information and images in my Euro Travel blog about this great architecture. Below are some images I took during our visit. 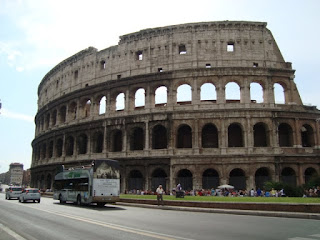 Construction of the Colosseum began under the rule of the Emperor Vespasian in around 70–72AD. Now, these are the remains of the building. 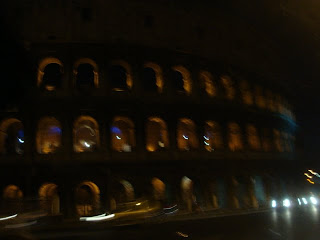 We arrived in Rome Fiumicino Airport at the night of Aug. 11, 2010 already. As we were on our way to our hotel, we were able to pass the Colosseum at night. Sorry folks, this is not really a good image because I did not use a camera flash afraid that I will disturb and blind the driver.
Posted by Admin at 7:03:00 PM