See Edinburgh: 5 Sights Not To Miss 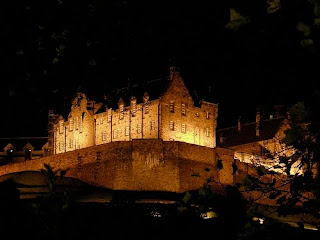 Even while Edinburgh has become one of Britain's cosmopolitan and creative centers, it remains a deeply traditional, historical place. Here are a few sights not to miss during your visit:

This majestic fortress castle, which dates back to at least the 12th century, dominates the city skyline. The site of centuries of British history, it now houses a wide array of galleries, collections, and attractions, including the Scottish War Museum, historical re-enactors, and purportedly one headless ghost. It's also the site of the incredible Edinburgh Military Tattoo, a festival of traditional pipes and drums that takes place every August.

The Grassmarket section of Edinburgh's Old Town is the home of many of the city's grand old historical pubs and a traditional Scottish restaurant or two. Sit down and have a pint of ale, or even a stiff shot of Scotch whisky with the locals. While you're at it, enjoy a traditional Scottish meal -- if you're brave enough, they might even let you sample the haggis!

A gentle hike to the top of a now-dormant volcano just east of the city brings you to Arthur's Seat, home to the remains of an iron-age fort and some of the most magnificent views of Edinburgh.

Inside a Victorian tower in Edinburgh's Castle Hill district you'll find a 150-year-old example of the camera obscura: an optical marvel that focuses light from the top of the tower to a glass dish below, providing a unique 360-degree view of the city. The complex also offers an assortment of other attractions geared towards families, including a magic gallery, an observation deck, the "World of Illusions", and new light vortex.

A trip to the Edinburgh Zoo is worthwhile just to see the famous Penguin Parade, when the zoo's penguins leave their enclosure for a stroll around the grounds. But the zoo also boasts a world-class collection of animal species, including their newly-arrived sun bears, Somnang and Rotana.