Five of Europe's Most Beautiful Castles 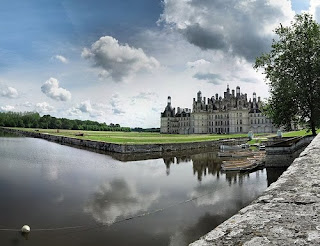 There is something unusual about visiting a castle. Perhaps it brings out the inner child and day dreams of royalty and knights in shining armor. Perhaps it is the exquisite craftsmanship that has lasted for so many hundreds of years. Perhaps it is the immaculate settings on which you find them. Whatever the case is, if you are on a quest to visit a castle there are five that you cannot miss.

This stunning castle dates back to the year 1519 when construction began. The building was completed in 1547. King Francois I had the chateau constructed as a place to spend his “off” time. There are 440 rooms in the structure and nearly the same amount of fireplaces. In total, there are 84 staircases throughout the structure and each floor contains vaulted ceiling hallways that are in the shape of a cross. While the building is not the standard fort type castle, it marks the period when castles became a luxury and not a stronghold.

With nearly a thousand year history, Leeds Castle is a must-see. This fortress castle was constructed in 1119 as was occupied as a residence until 1974. The castle is complete with a moat and wonderful stone architecture. It is now available to hire as a castle venue and celebrities have been known to marry there. The grounds are beautiful and a garden maze can be experienced when visiting.

Segovia Castle, as it stands today, was built before 1120. On this same spot an Arab fort stood as well as a Roman stronghold. This impressive castle, built high above the city, is of typical medieval styling. It is one of the largest attractions in the area.

Mont Saint-Michel sits atop a small island in the Normandy region of France. This magnificent structure was built, at first, as an abbey in 708. It became a Norman stronghold in the 900’s and has played a significant role in the lives of people such as William the Conqueror.

Lincoln Castle was constructed by William the Conqueror in the 11th century on top of an old Roman fort. The strategic importance of this place was the main reason for its construction. Today, Lincoln Castle is one of the best preserved castles in England. It is a beautifully constructed building that has served many purposes in its history. Today, open as a museum, you can see one of the original Magna Carta documents signed by King John.

Photo of Château de Chambord by: Panorama
Posted by Admin at 10:44:00 AM

Oh such a gorgeous photo!!!! Look to the beautiful fantastic reflection!!!!
Have a nice weekend! :)