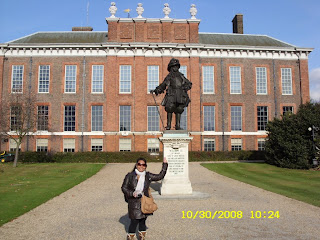 I love London and the interesting things and places it offer to tourists. I hope to be back there next time..maybe during the Olympics in 2012..so long but I can try!! This photo was taken in Kensington Palace where Princess Diana lived before. I hope you had a great day today!! It's the beginning of December!! Christmas is coming soon!!

a little info from Wikipedia about Kensington Palace.

Until 1997, it was the official residence of Diana, Princess of Wales and of Princess Margaret until 2002.
Posted by Euroangel at 10:46:00 PM